We cannot bridge differences on major issues like climate change and create meaningful solutions unless we first accept that there are no exact right answers to many questions.

My professor and mentor, Kinya Maruyama, wore rectangular glasses. He could sleep practically standing up, and when awake, he would draw in his sketchbook illustrations of meals that he found particularly interesting. Mariko was an architect from Kinya’s studio who traveled with us. She was a trusted member of Kinya’s architectural practice, where I later worked in Tokyo. She always wore a hat and taught me something about color, shape, and life. One day, I asked Mariko one of the questions that Walter Gropius would ask students at the Bauhaus School, which he founded. Gropius lived from 1883 to 1969, and he is considered one of the pioneers of modern architecture, along with other modern design leaders such as Ludwig Mies van der Rohe, Le Corbusier, and Frank Lloyd Wright.

The question is seemingly very straightforward but layered with complexity: “How would you assign the primary colors to a circle, an equilateral triangle, and a square?” Like many architects, I had always thought of yellow as a light source well suited for the circle, like the sun, blue as a calm, steady color belonging in the square, and red the most active and fiery color, occupying the more dynamic triangle. Architecture is about how one thinks about the environment and materials. The example of primary colors in geometric shapes challenged me to find balance, an important part of sustainable design, so I thought it would be important to see what others thought about this topic. Many of my architecture student colleagues provided the same color to shape match as me, but Kinya’s fellow architect, Mariko, said, without knowledge of our decision and reasoning, the following, “Blue is calm, so it should be offset by going in the most active of shapes, the triangle. Red, the opposite, needs to relax in the square, leaving yellow to shine on both from the circle.” Her reasoning is nothing short of a balance of yin/yang tranquility, previously elusive to me. Miles was also with us, and he had traveled extensively in Japan prior to my trip. He enjoyed seeing the country through the lens of his new toy.

The initials in each shape of this matrix represent the color choices by the individuals quoted below. 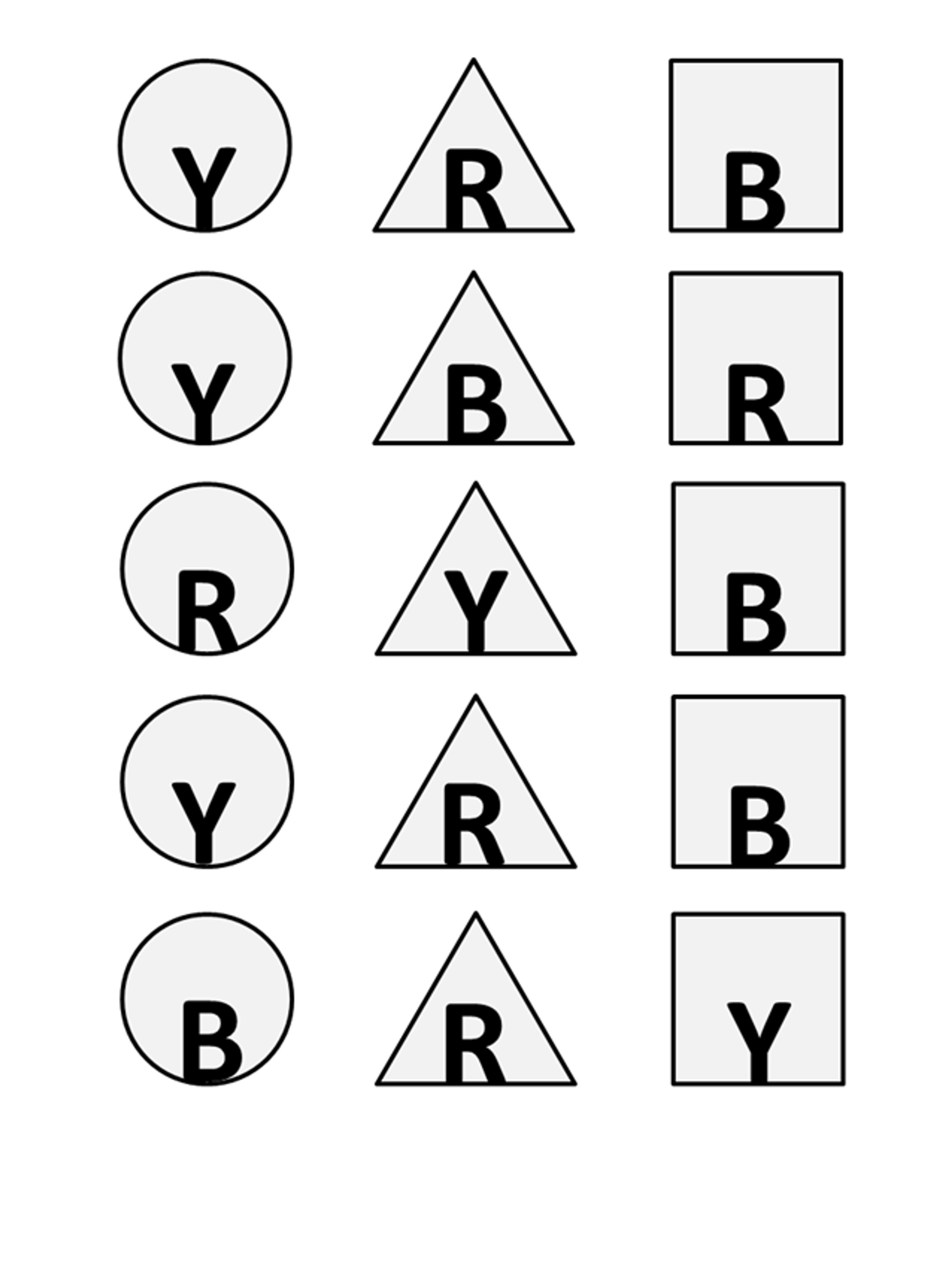 Which color would you put in each shape?

“Blue is calm so it should be offset by going in the most active of shapes, the triangle. Red, the opposite, needs to relax in the square, leaving yellow to shine on both from the circle.”

“I put my favorite colors in the shapes I like most. My favorite color is black, then green, then blue, then red, followed by yellow. I like squares best because you get to see them a lot.”

“Blue is in the circle because it reminds me of the earth. Red in triangle reminds me of a hazard sign. Yellow in the square is the left over.”

Author and illustrator: Charlie Szoradi is an architect, inventor, and the CEO of Independence LED Lighting. He writes about many other topics related to color theory and primary colors through his extensive travels around the world.

If you have found this posting online, it is an excerpt from Mr. Szoradi’s book Learn from Looking that served as the inspiring seed content for this drawing share resource. For additional drawings and insights on primary colors, we hope that you enjoy exploring LearnfromLooking.com. You can search via general terms such as sustainability as well as narrower terms such as primary colors.