5.30-5.33 Bullet train maglev technology in Japan with the Shinkansen

Energy-smart transportation could start with rethinking rail in America.

One early morning, as I waited on the platform of the Shinkansen, Japan’s ultra-high-speed bullet train, I thought about how great it would be to have a magnetic levitation (maglev) train in the United States running from Miami to Boston, with stops at each major city. The engineering would most likely require an elevated track to ease the curves of the existing Amtrak line. So this might require a massive elevated platform running between the north and southbound lanes of I-95. We put a man on the moon, so almost anything is possible. The advanced Shinkansen technology in the early 1990s delivered tremendous speed and comfort, because the train floated given the polarization of the magnetic “levitation.” Reduced friction lets the maglev train fly down the tracks.

That morning, I was the first one on the platform. Within a few minutes, I discovered something that I have remembered ever since. I heard a faint swishing sound from around the corner of the ticket booth, and I looked to find a tiny woman under five feet tall hunched over with a bamboo broom. The broom was made with thin bamboo shoots, bound like the stereotypical broom that witches use at Halloween. At first, I thought that it was so ironic that such a low-tech tool was used to sweep the platform of such a high-tech means of transportation.

In America or other countries, the respective Department of Transportation might be tempted to put out a request for proposal (RFP) or design challenge to make a high-tech broom out of molded plastic or some advanced sweeping machine to match the aesthetics of the stat-of-the-art trains. The Japanese culture is so old that they have an ability to comfortably have the “old” right up against the “new.” This juxtaposition makes sense when you look at the broom’s utility and socioeconomics. The bamboo broom simply works well, the technique to make it has been refined over countless generations, and the raw materials are readily available. Plus, the little old lady has a job, and Japan has found all kinds of ways to put people to work as part of their overall employment strategy.

Beyond sustaining jobs, high-speed trains can reduce auto transportation emissions at massive levels. The level of commuter congestion in major US cities and rings of suburbs will hopefully create pressure to include high-speed rail in the budgets for public works over the next decade. Comprehensive total cost of ownership (TCO) analysis may highlight the fact that we are already collectively spending more than we may think on road construction, road repair, auto purchase, auto fuel, auto repair, and lost time waiting in traffic. We can rethink what is perceived as “expensive” for new technology in the context of a holistic review of what we now spend to move millions of people to work and back every day, week, month, and year.

5.32.Japan-7-detail-b – drawing details from this sketchbook in addition to focus on bullet train technology

5.31.Japan-7-detail-a – drawing details from this sketchbook in addition to focus on bullet train technology 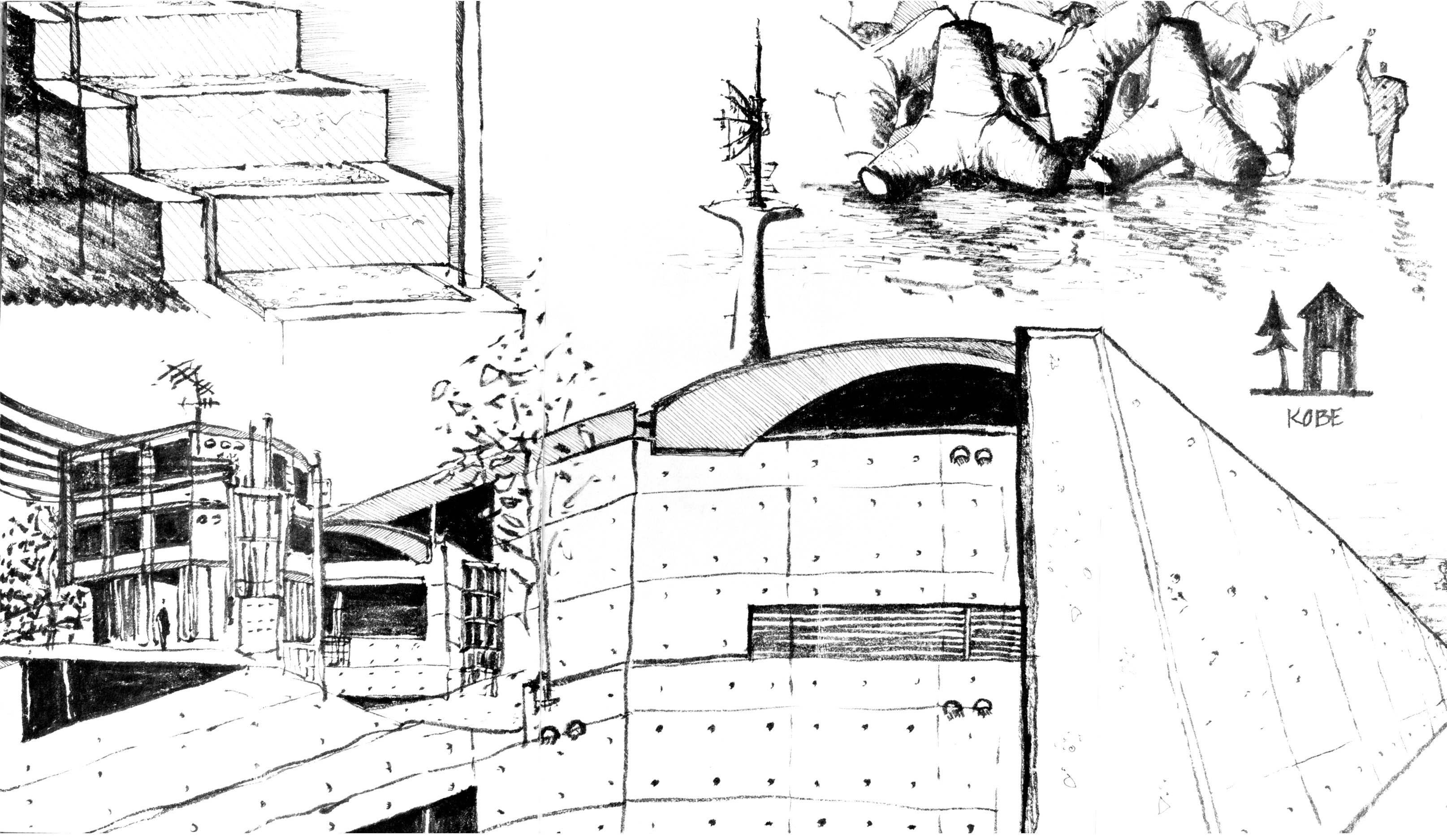 5.30.Japan-7-Horizontal-with-Figure – drawing details from this sketchbook in addition to focus on bullet train technology 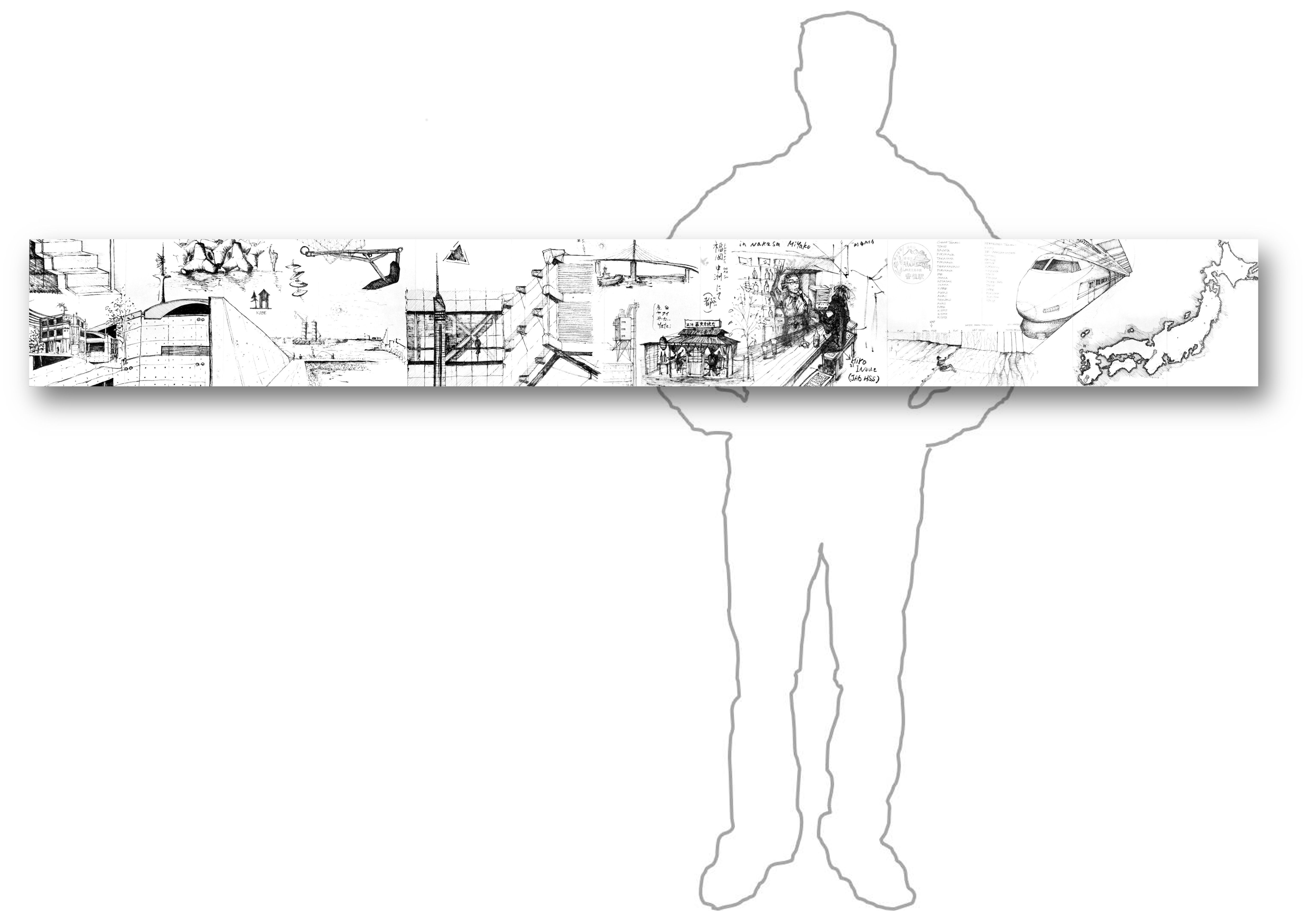 Author and illustrator: Charlie Szoradi is an architect, inventor, and the CEO of Independence LED Lighting. He writes about many other topics related to public transportation and bullet train technology through his extensive travels around the world.

If you have found this posting online, it is an excerpt from Mr. Szoradi’s book Learn from Looking that served as the inspiring seed content for this drawing share resource. For additional drawings and insights on high-speed rail and bullet train maglevs, we hope that you enjoy exploring LearnfromLooking.com. You can search via general terms such as sustainability as well as narrower terms such as bullet train and energy-smart transportation.

Traveling on the bullet train was such an awesome and memorable experience that I recommend it to anyone that has an opportunity to travel in Japan. The bullet train technology is also in France, for any readers that may travel to Europe before Asia.