5.14 Architecture preservation in Japan at the Ise Grand Shrine

We can look at preservation with new perspective and rethink the “tear down” culture as it relates to job creation and the preservation of construction trade skills.

The Ise Grand Shrine is one of the most sacred of Shinto shrines, and it is a building that may always look like it did over a thousand years ago. I initially had trouble understanding why the Ise Shrine was being torn down in front of me. Simultaneously, behind protective screen walls, an identical shrine was being constructed right near the first one. Well, it turns out that the first one was not first at all but merely one of the many in a continuous cycle of reconstruction every twenty years. I hope my children and grandchildren have a chance to see the reconstruction process. I was there in 1992 to see the beginning of the reconstruction, and the current buildings, from 2013, are the sixty-second version since the original (20 years x 62 cycles = 1,240 years ago). The next rebuilding is scheduled for 2033. I am not aware of any corollary at this scale in the United States.

The reasoning behind the tradition as far as I can determine is threefold:

Reason one: weather breaks down the unprotected, natural materials like thatch roofs and stucco walls over two decades.

Reason two: the apprentices and sons of the master craftsmen who built the previous one can work on the current one and learn the trades.

Reason three: the ritual is a way to mark time at a different scale than by year or decade, and the shrine is forever young.

The seeming redundancy of Ise is sublime in the context of American preservation efforts. Currently, we go to a large effort to preserve the way “original” building construction materials look. The science of keeping materials like wood beams at Monticello or Nantucket’s oldest house intact may involve using hidden reinforcing steel or perhaps even fiberglass rods. Recent history proves that we are very good at preserving materials but not as good at preserving technique. The elevated costs of high-quality craftsmanship are a result of supply and demand and a philosophy of material over technique.

The Ise Grand Shrine is in the city of Ise in Mie prefecture, Japan. Please do not confuse it with the Yasukuni Shrine that is another Shinto shrine, located in Chiyoda, Tokyo, Japan. The Yasukuni Shrine is controversial relative to war criminals, since it was founded by Emperor Meiji and commemorates anyone who had died in service of the empire of Japan during the wars from 1867 to 1951. 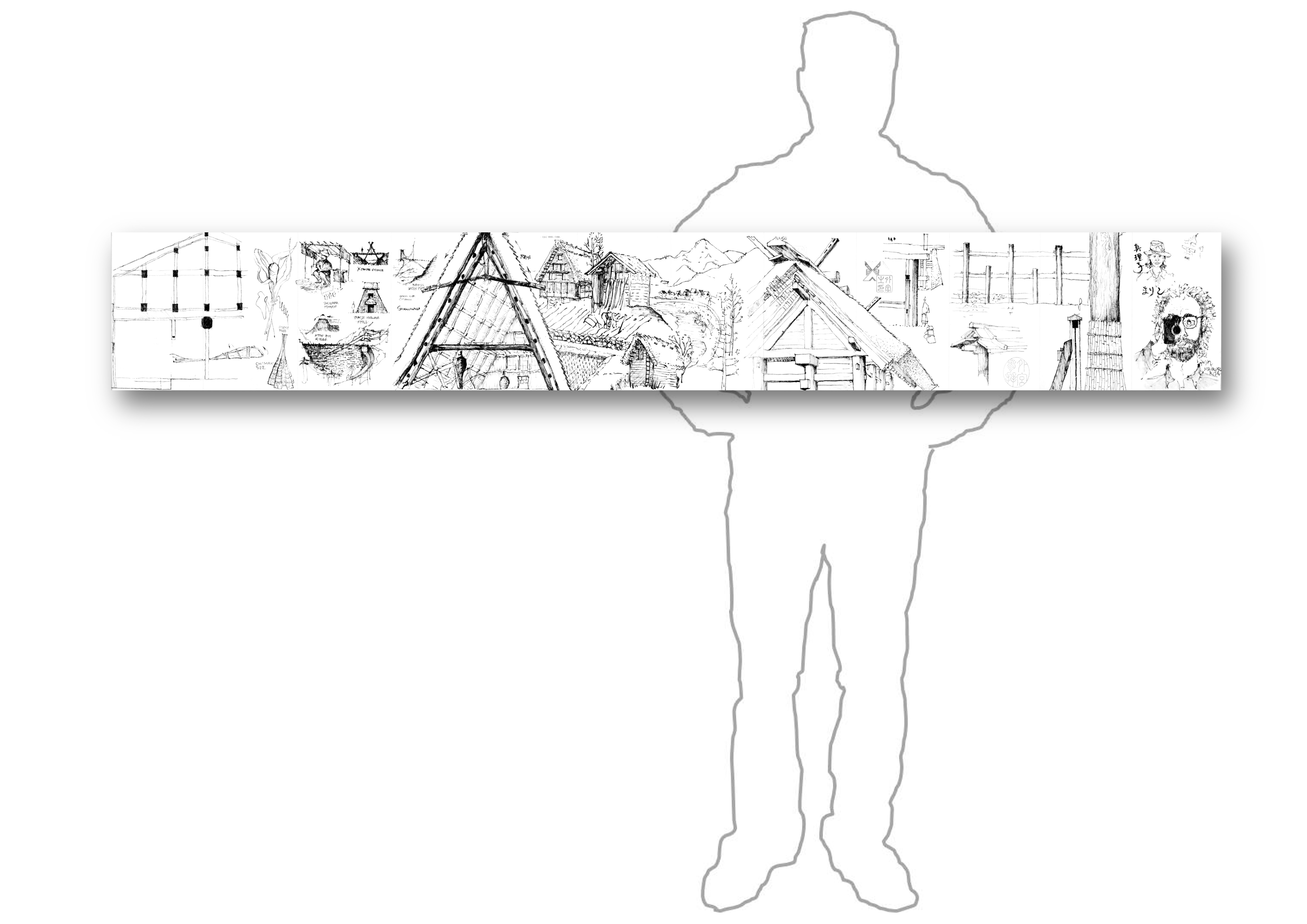 Author and illustrator: Charlie Szoradi is an architect, inventor, and the CEO of Independence LED Lighting. He writes about many other topics related to architecture preservation through his extensive travels around the world.

If you have found this posting online, it is an excerpt from Mr. Szoradi’s book Learn from Looking that served as the inspiring seed content for this drawing share resource. For additional drawings and insights on architecture preservation, materials, and construction techniques, we hope that you enjoy exploring LearnfromLooking.com. You can search via general terms such as sustainability as well as narrower terms such as architecture preservation.