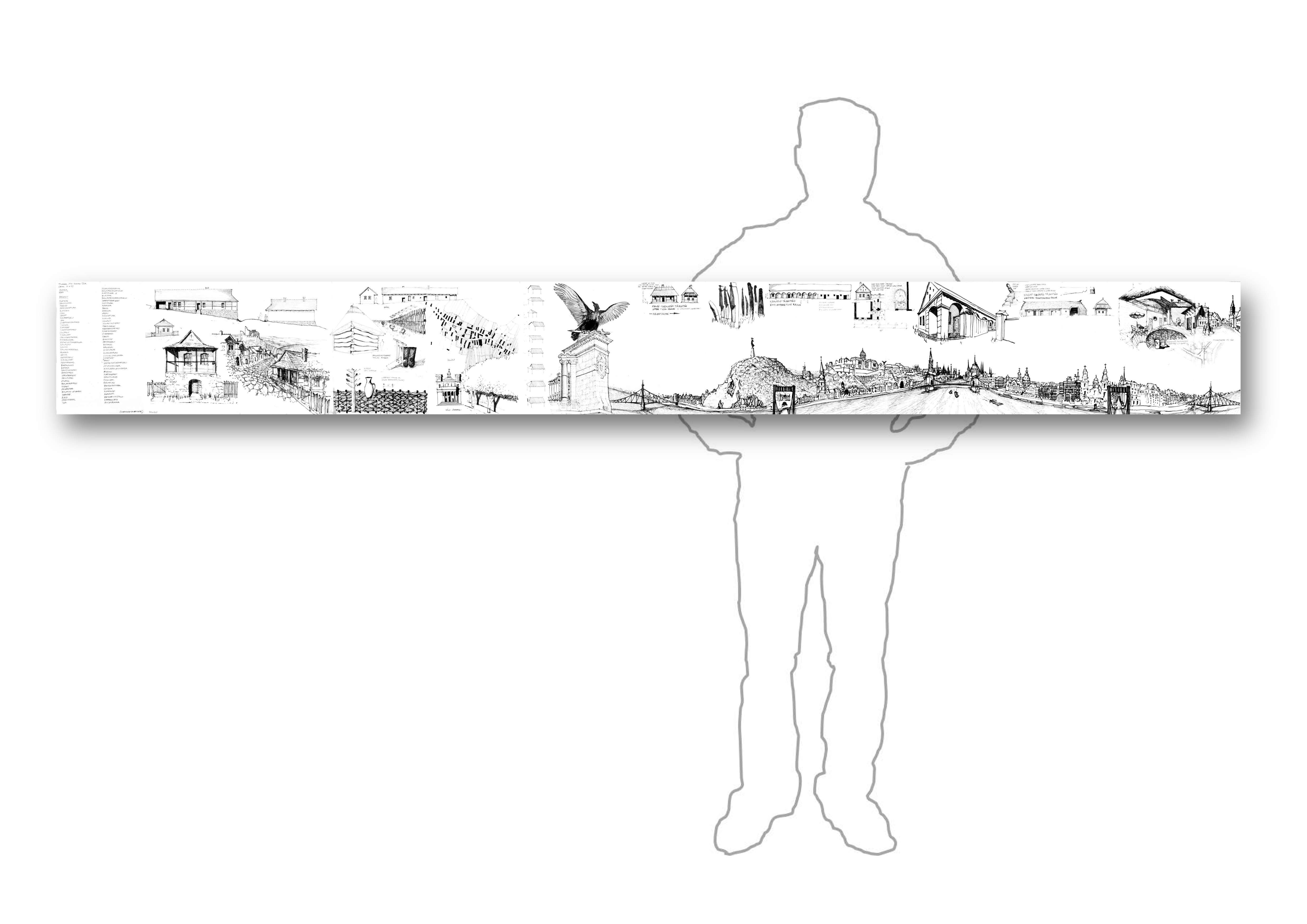 Hungary has weathered occupations from the Turks to the Soviet Union, and their capital city of Budapest has served as a cultural anchor. The density of population in a city helps sustain life through the exchange of goods and services, but that same density may foster a “strength in numbers” resiliency at the cultural level to overcome adversity. For Hungarians, their thousand-year history, tenacity, and resiliency in the face of occupations is a powerful source of cultural pride.

This sketchbook lists the cities and towns that I visited on my Hungarian odyssey. Since Holloko was one of the last stops before going on to the capital of Budapest, the plan on the right hand shows the layout of the town, and the diagram to the right shows the range of roof configurations.

The bird is a large statue that sits on a large castle hill on the side of Budapest. The bird is something of a phoenix, appropriate for a city and people that have risen from ashes several times over the course of a thousand years. The Soviet occupation for fifty years was a small setback relative to that of the Turks, where the occupancy lasted a few hundred years.

Once two cities, Buda and Pest flank the Danube. The city is now joined in name and spirit. This drawing includes a 360-degree panorama of the city with the bird statue anchoring the left.

Author and illustrator: Charlie Szoradi is an architect, inventor, and the CEO of Independence LED Lighting. He writes about many other topics related to rivers like the Danube river in Budapest through his extensive travels around the world.

If you have found this posting online, it is an excerpt from Mr. Szoradi’s book Learn from Looking that served as the inspiring seed content for this drawing share resource. For additional drawings and insights on the Danube river in Budapest and other cities, we hope that you enjoy exploring LearnfromLooking.com. You can search via general terms such as sustainability as well as narrower terms such as Holloko and the Danube river in Budapest.