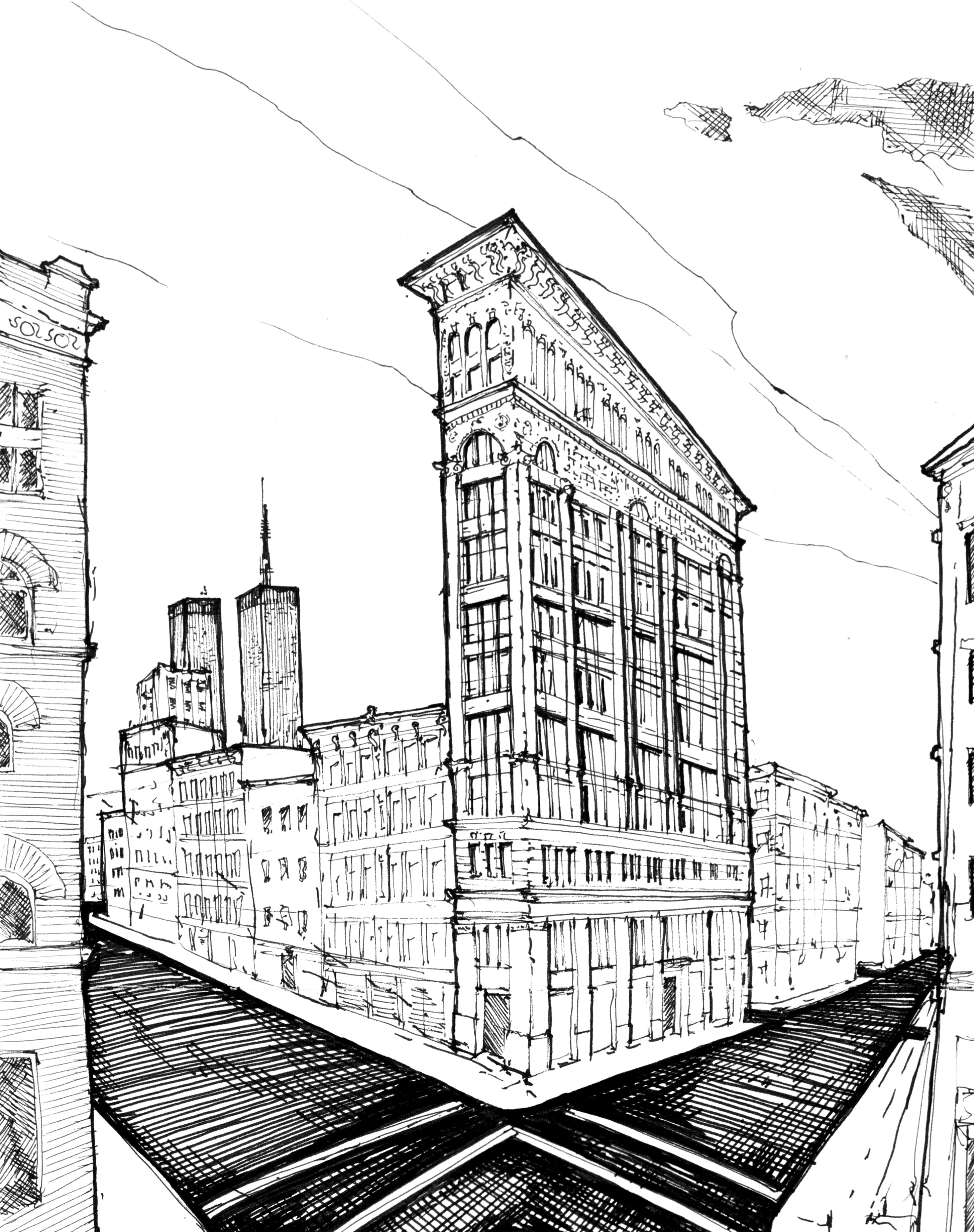 We can learn from a vertical city.

This sketch is from Broadway and Broom Street in Lower Manhattan’s SoHo looking south toward the World Trade Center, before the tragedy of 9/11, and north toward Midtown’s Chrysler Building.

The illustration is several feet tall and is the only one to date that is vertical versus horizontal. This seems only fitting, given that New York is such a vertical city. Having lived and worked in New York, I have profound respect for this engine of urban efficiency. The density of population and the subway system make Manhattan more energy efficient per capita than any city in America. The logic is relatively simple. If you live in a high-rise apartment, condo, or co-op, the shared walls reduce the loss of heat and air-conditioning to the exterior climate. The same is true for a high-rise office building versus a single-story office park with climate control lost through the walls and roof. In addition to this urban “huddling,” if you walk to work or take the subway or bus, then you are dramatically reducing your individual energy consumption over auto commutes.

Even if you take a taxi, a car service, or Uber, the island of Manhattan and the surrounding boroughs are geographically small relative to the distances that average Americans commute. The net transportation residential and commercial energy consumption pales in comparison to less dense planning configurations.

People think of California as the “green” and “ecofriendly” hub of the United States, but Manhattan may be the greenest place to live in America when it comes to transportation impact per capita, by the extent of the subway system and the sheer density and proximity from home to work. In sprawling horizontal cities like Los Angeles, there is probably not a number of hybrid, plug-in, hydrogen, or future cold fusion “flux capacitor” cars that would bring the carbon footprint level down to the per-capita level relative to residents of Manhattan in New York City and other vertical cities around America and the world. 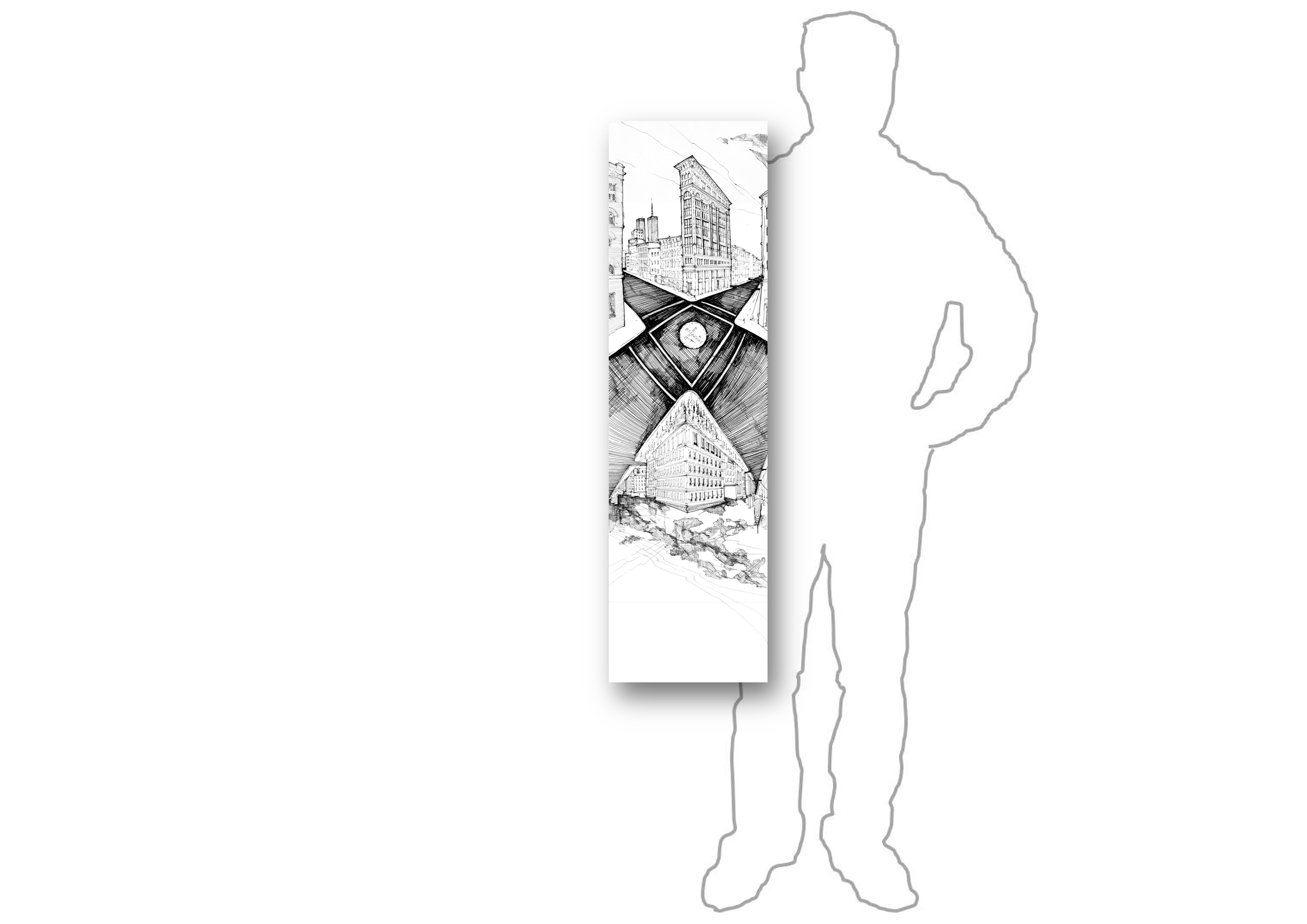 Author and illustrator: Charlie Szoradi is an architect, inventor, and the CEO of Independence LED Lighting. He writes about many other topics related to high rises like the Chrysler building and the World Trade Center through his extensive travels around the world.

If you have found this posting online, it is an excerpt from Mr. Szoradi’s book Learn from Looking that served as the inspiring seed content for this drawing share resource. For additional drawings and insights on vertical architecture such as the Chrysler building and the World Trade Center, we hope that you enjoy exploring LearnfromLooking.com. You can search via general terms such as sustainability as well as narrower terms such as Chrysler building, World Trade Center, and New York City.